What do you do when you have a problem? Do you give up? Or do you take it as a personal challenge, something you’re determined to overcome? How you choose to handle a problem makes a powerful statement about who you are as a person and what you’ll accomplish in the future. Because the people who choose to face their problems head-on, who make the choice to identify a solution and use their experience to encourage others are often the same people who become the game-changers, revolutionaries, and entrepreneurs of our world. And Luis Ryan Diaz is a perfect example.

Today, podcasting is just another new big thing; everyone you know has a favorite and popular podcasters are often mentioned in the news. But all new trends have to start somewhere, and at the time Diaz began his own podcast, people were still waiting for the fad to go viral. That means that for everyone trying to get started, it was largely an endeavor without support. And for all the major decisions associated with starting your own podcast– everything from content curation to choosing the right recording equipment to identifying a target audience– Diaz was pretty much on his own. That alone is a pretty significant step, and one that would cause many people to give up. So, what makes Diaz different and why did he stick with it?

In Diaz’ case– as in pretty much all of life– motivation is key, because no matter what your circumstances are, your ability to succeed is influenced primarily by your attitude. And for Diaz, that motivation came from his family. After growing up helping his parents with their family business, Luis felt truly at home with the hospitality industry and intended to use that background as a springboard for his own future career. But when he attempted to apply his marketing degree to the hospitality industry, he found that– despite the awesome potential implicit in this combination– it just simply wasn’t for him.

So, instead, he decided to convert his background in marketing and his interest in fitness into a start-up, backed by a podcast that could both help his current clients and generate interest from new ones. But this, too, turned out to be a learning curve, as he quickly discovered that while he was eager to market his business, producing a podcast from scratch was a tedious endeavor. And although he still didn’t give up when faced with this new challenge, he did learn that this new struggle could serve as a gateway to new opportunities. Rather than continuing to sink all his time, life, and money into podcast production, he made the bold choice to develop his business in a new direction: one which catered to entrepreneurs like himself who wanted to share their message, but struggled with the available tools. 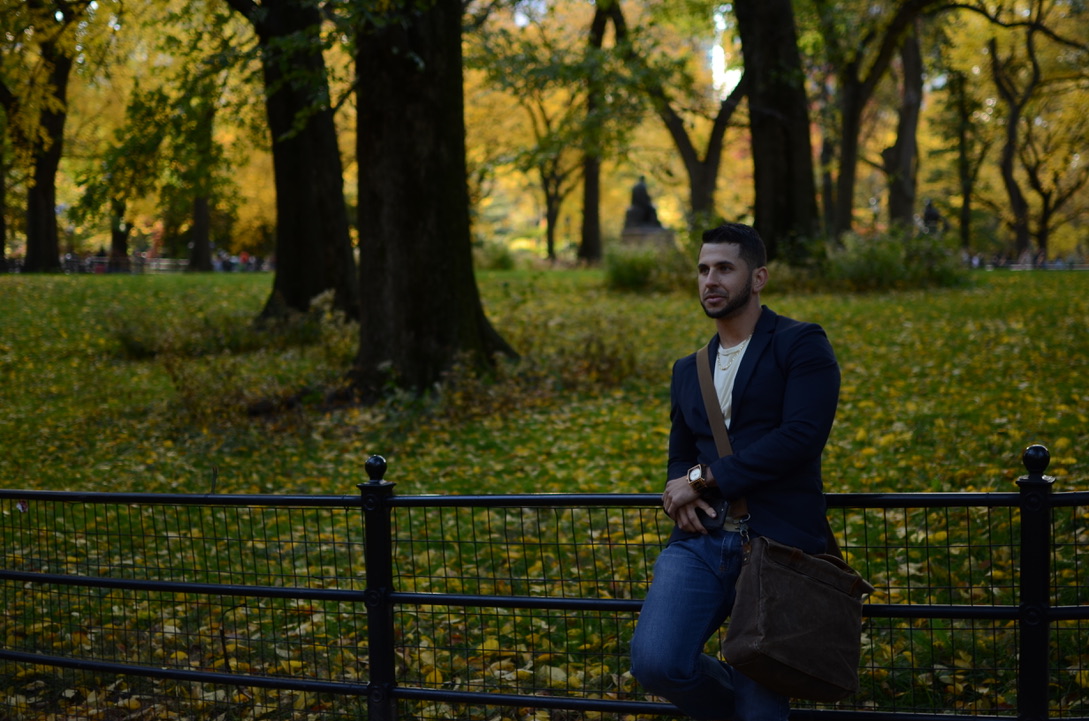 And he was right! Although there weren’t a lot of available resources on how to create a podcast, there was a rapidly expanding market. In fact, the Interactive Advertising Bureau’s 2016 study surveyed the podcast audience and found that several factors favoured podcasts as a growing medium during this time, especially among business owners. One of those factors was mobility. Because although people were frequently enjoying music on the go, mobile, electronic news sources were a little more scarce. Podcasts, therefore, were appealing because they offered a degree of intimacy, access, and engagement, allowing listeners to tune in while they were jogging, commuting, or just doing chores around the house, all of which made them a more convenient option than TV or the radio.

So Luis did what any budding entrepreneur would do: he took advantage of the opportunity to connect with his target market and used the growing demand to launch his business. And that’s how he got started– not by first creating his own podcast, but by working with other podcasting hopefuls to help them realize their dreams, working with projects that ranged from health and fitness to self-help, marketing, management, and more!

Allow Your Passion to Become Your Purpose

It was during his time working as a podcast production consultant that Luis launched more than two dozen new podcast start-ups in a year. With his help, many of his clients landed among top 10 in iTunes charts, and in the New and the Noteworthy sections. And while he was helping other people produce their own shows, his— which documented his unique business journey– also gained over 1 million downloads in its first year. This, in turn, gave him another springboard for success, and he launched his firm Diaz Media Inc. as the one-stop-shop for all podcast needs.

This was just the beginning! 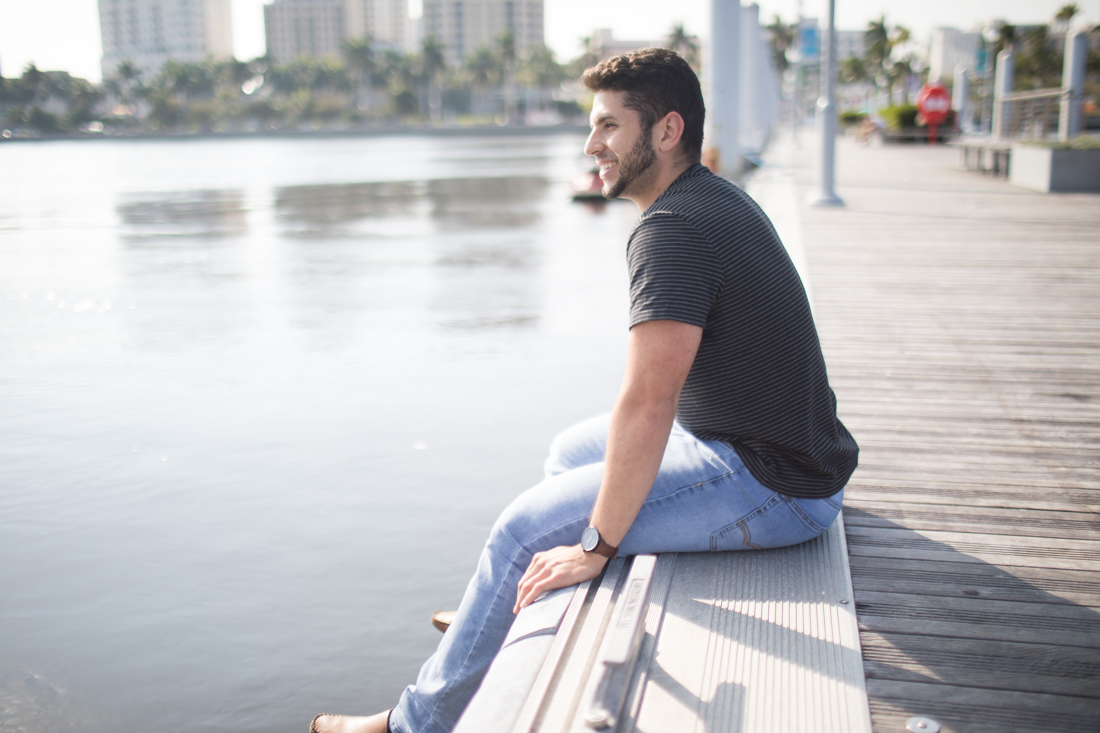 When asked about the philosophy behind his success, Luis often says, ‘Simplify and dominate’ should be the guiding philosophy of any successful podcaster. It’s the attitude that drives both his work ethic for his own show and his consultant work at Diaz Media. Unlike other companies, who place heavy emphasis on meeting quarterly goals and define their success in terms of numbers, Diaz proudly reports that at his company, their targets have no limits of time or numbers, because they define their success through adherence to the company’s mission statement. And that statement is beautifully simple: Our goal is to create impact. The effort is to dominate with that simple goal in mind because with that as the guiding principle behind their vision, execution, production and content strategy, there are no limits to success.

So, if you’re still wondering why Luis is successful, the short version is that although it’s awesome that he had a vision at a time when the market was right, success is about more than that. It’s about his commitment to add value to the world, to channel his struggle and his experience into a product others can profit from. That passion fuels every part of Luis’ vision for his company, and it’s a passion he’s proud to share in every conversation about his method. Discussing his desire to create a marketing strategy which is personal, impactful, valuable and clear, Luis explained, “Podcasting is about communication and sharing a meaningful message that helps someone in some way. …Adding value is a much higher and larger goal of podcasting, and that is what counts. When we empower an individual or a firm, we help them to enlist people to their cause; money is just the by-product and not the goal.”

Luis is determined to make not just individual podcasters but the very medium of podcasting succeed, and it is this honest and genuine approach which has has won him a consistent and loyal base of clients and followers alike. But the good news is that you don’t have to start your own podcasting business for this to apply to you! Because no matter what your goal is, you can apply the same practices of honesty, ingenuity, and passion to everything you do.

Live Out Loud: How to Turn Your Dream Life Into Your Reality